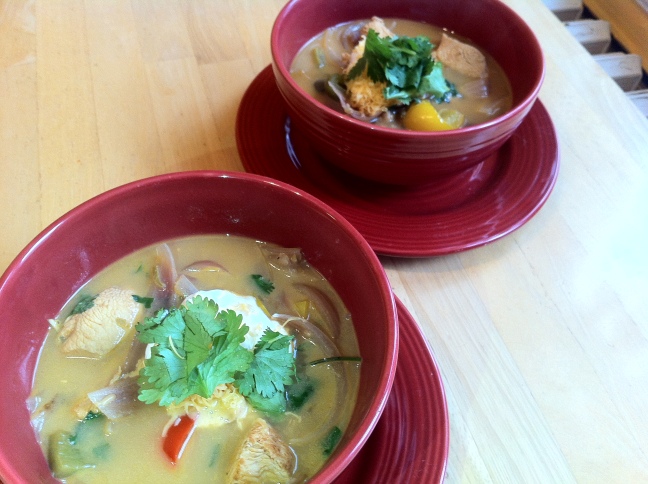 Most of my soup recipes start as a quick thought I’ll jot down and then save in my gmail account draft folder as an unsent email entitled “recipes”. I usually have a few soup ideas written down at a time and I’ll slowly add ingredients to each idea when I think of what would work well.

The reason I save these in my email account is because I don’t have a word processor on my macbook and haven’t felt the need for one since finishing with school in 2009. I also have a draft email called “dream diary” where I jot things down that I remember in the morning, which include at the moment “butter tart flashlight”, “albino Sasquatch salesman”, and inventing a game called “Chumbawamba Twister” with Larry David.

I had left some recipe ideas sitting in my drafts for a while with a few key ingredients. I was planning on making a few more of these soups before spring, but ended up taking an accidental hiatus when I got sidetracked with lots and lots of low carb baking. My sweet tooth has been in full force.

The cold streak seems to finally be over in Toronto and most of these draft recipes will likely have to wait until next winter, but I decided to sneak one more soup in before summer. I ended up making 6 litres of chicken stock this past weekend with a beautiful new Le Creuset stockpot I was gifted for my birthday. What better reason to make one more soup? 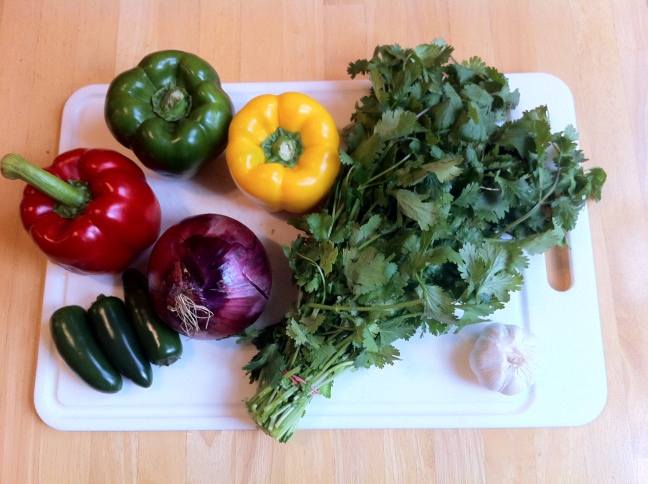 Marinate the chicken for at least a half hour in 2 tbsp of the lime juice and the taco seasoning in either a covered bowl or a plastic ziploc bag in the fridge. Heat half of vegetable oil in a large pot over medium and cook chicken on all sides for about 5 minutes and set aside. The chicken does not have to be cooked through, just sealed, as it will cook the rest of the way once back in pot.

Heat the rest of the oil and the butter in the same pot used to cook the chicken and add onions, salt, and pepper. Cook, covered, stirring occasionally until softened. Add the garlic and jalapeños and cook about 5 minutes until fragrant.

Add the stock and lime juice to the pot, bring the heat up, and cover. Once boiling, add the chicken and bring the heat to medium low to simmer, covered, for about 10 minutes. Add the bell peppers and cook another 15 – 20 minutes or until the peppers have softened a bit but not falling apart. Rip apart and stir in the cilantro at the very last minute before serving.

Garnish with a dollop of sour cream or plain yogurt, some cheese, and some cilantro. 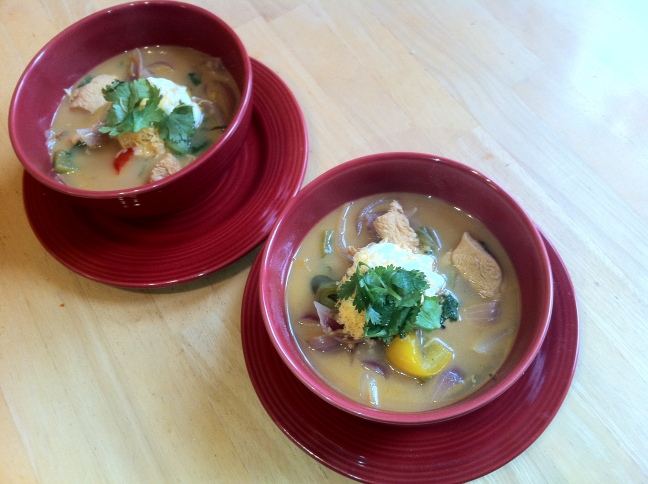 Find me on Instagram to see what's been cooking!

Recipe up! Definitely not a soup but alcoholic beverages are another one of my favourites. Tempted to sell this out of my house. Link in bio! #bootleg #elderflower #liqueur #stgermain #homebrew #lowcarb #keto
Slow simmered #chili. New recipe up! Go see for yourself - link is in the bio! #lowcarb #keto #comfortfood
I am the mini pie master! Made these little suckers today in mason jar lids. Delicious AND low carb. #cranberries #holidaybaking #lowcarb #pie